Suez Canal Crisis UPSC | Background & Latest Updates With Map & Quiz –Suez Canal links the Mediterranean with the red Sea. It was constructed by the French in the 1860s. Ownership soon passed to the British. As the canal provided the shortest route to India (and, in later years, the Persian Gulf oil fields), its safety was vital to the British. They decided that they required a permanent military presence in Egypt to guard it. Suez Canal runs through Egypt but is utilized by ships of many nations which would otherwise have to cruise all the way around Africa. In July, 1956, Egypt nationalised this Canal, which was being operated by a private French and British company, and declared that Egyptians would run it now. 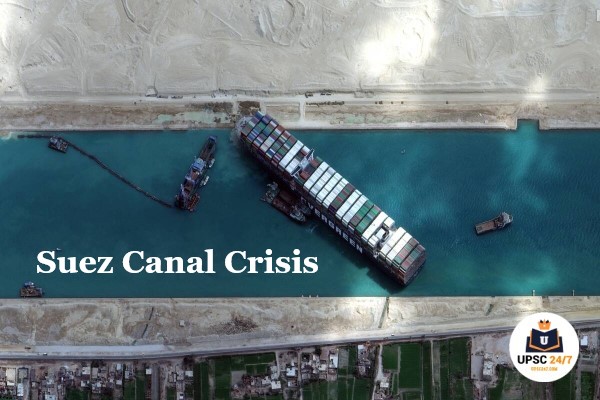 Blockage of Suez Canal In 2021

(1)  Which of the following statements is/are correct?

Choose The Correct Answer From The Options Given Below