Santorini Volcano | UPSC | Why In The News ? 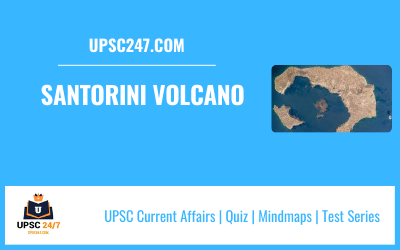 List of Bird Sanctuaries In India With Map | UPSC

What are various types of volcanoes?

Major types of volcanoes: Volcanoes are classified on the basis of nature of eruption and the form developed at the surface.