RodTep Scheme | UPSC | Features & Details | Ministry – Recently, the Government has decided to extend the benefit of the Scheme for Remission of Duties and Taxes on Exported Products (RoDTEP) to all export goods. 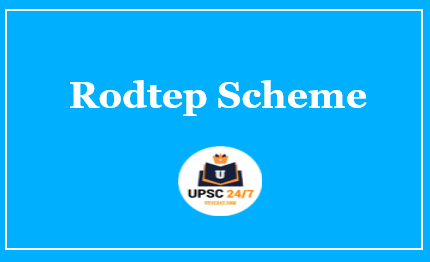 What are the issues?

Indian exporters are already struggling with volatility in demand from many key markets like the US and EU in the aftermath of the pandemic.

Remission of Duties or Taxes on Export Product (RoDTEP):

RodTep Scheme Based Questions and Answers For UPSC Exam