Asteroid Apophis UPSC | UPSC247 Current Affairs & Quiz – Recently, the USA’s NASA space agency has ruled out the possibility of the dreaded asteroid Apophis causing any damage to the Earth for the next 100 years. Here We are Sharing Full Details of The Asteroid Apophis And Questions And Answers Based On This topic . 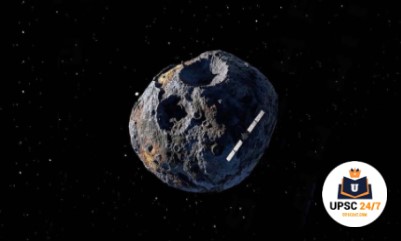 Asteroid Apophis, which was expected to pass extremely close to Earth, may now hit the blue planet in 2068 due to a phenomenon called Yarkovsky effect. This effect has eventually accelerated the asteroid’s flow and also changed its path.

Q1 – In Which Year Asteroid Apophis Was Discovered ?