African Elephant UPSC | IUCN Status Critically Endangered – The International Union for Conservation of Nature (IUCN) has declared African Forest and Savanna (or bush) elephants as ‘critically endangered’ and ‘endangered’ respectively. Earlier, African elephants were treated as a single species, listed as Vulnerable. This is the first time the two species have been assessed separately for the IUCN Red List. 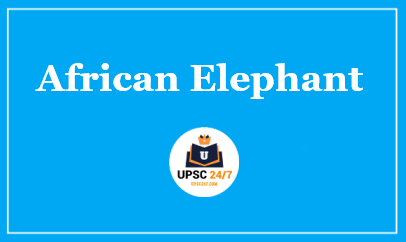 Q1 – Which Of The Following Statement Is Correct About African Elephant ?

Choose The Correct Answer From Options Given below