Patents UPSC | Criteria | Patent Amendment Rule 2020 UPSC – Indian Patent Law is defined by various provisions of the Patents Act, 1970. Under this law, patent rights are granted for inventions covering a new and inventive process, product or an article of manufacture that are able to satisfy the patent eligibility requirements of having novelty, inventive steps, and are capable of industrial application. Researchers at the Indian Institute of Technology-Madras (IIT-M) have filed 184 patents during the year 2020, including 65 international ones. 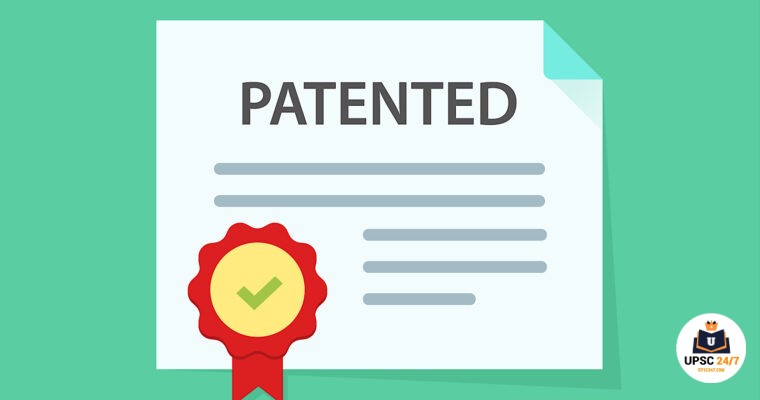 A patent is an exclusive right granted for an invention, which is a product or a process that provides, in general, a new way of doing something, or offers a new technical solution to a problem. To get a patent, technical information about the invention must be disclosed to the public in a patent application.

Criteria for Issuing Patents in India

Patents in India are governed by “The patent Act 1970” which was amended in 2005 to make it compliant with TRIPS.

What cannot be patented?

1. Patent application can be filed in India by