Tungabhadra Pushkaralu | UPSC | Why In The News ?

Major Tributaries of the Krishna river: 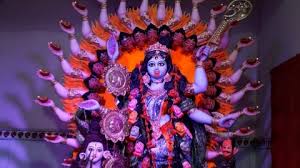