Commonwealth Games 2022 India Medal Winners List UPSC – CWG 2022 will begin with the opening ceremony on July 28 and conclude with the closing ceremony on August 8. While the Games are open on July 28, the events of various Games will begin the next day on July 29. A total of 72 nations, including India, will compete in Birmingham 2022. The athletes will compete in 20 sports at CWG 2022 and India has nominated more than 200 athletes or sportspersons who will compete in 16 sports including cricket, hockey, athletics, badminton. Some names.

In the last 18 appearances at the Commonwealth Games, India has won over 500 medals, including 181 gold, which is their best ever performance at the 2010 Commonwealth Games, where they won 101 medals and finished second in the overall table that year. As India seeks to improve its medal race or even get closer to one in the 2010 edition, here we take a look at the games that Indian athletes or sportspersons will compete with India’s medal winners and the medal tally at Birmingham 2022: 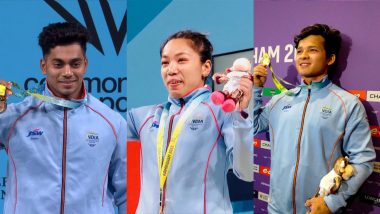